“Won’t you keep us from all harm, wonderful redwood tree,” Van Morrison. 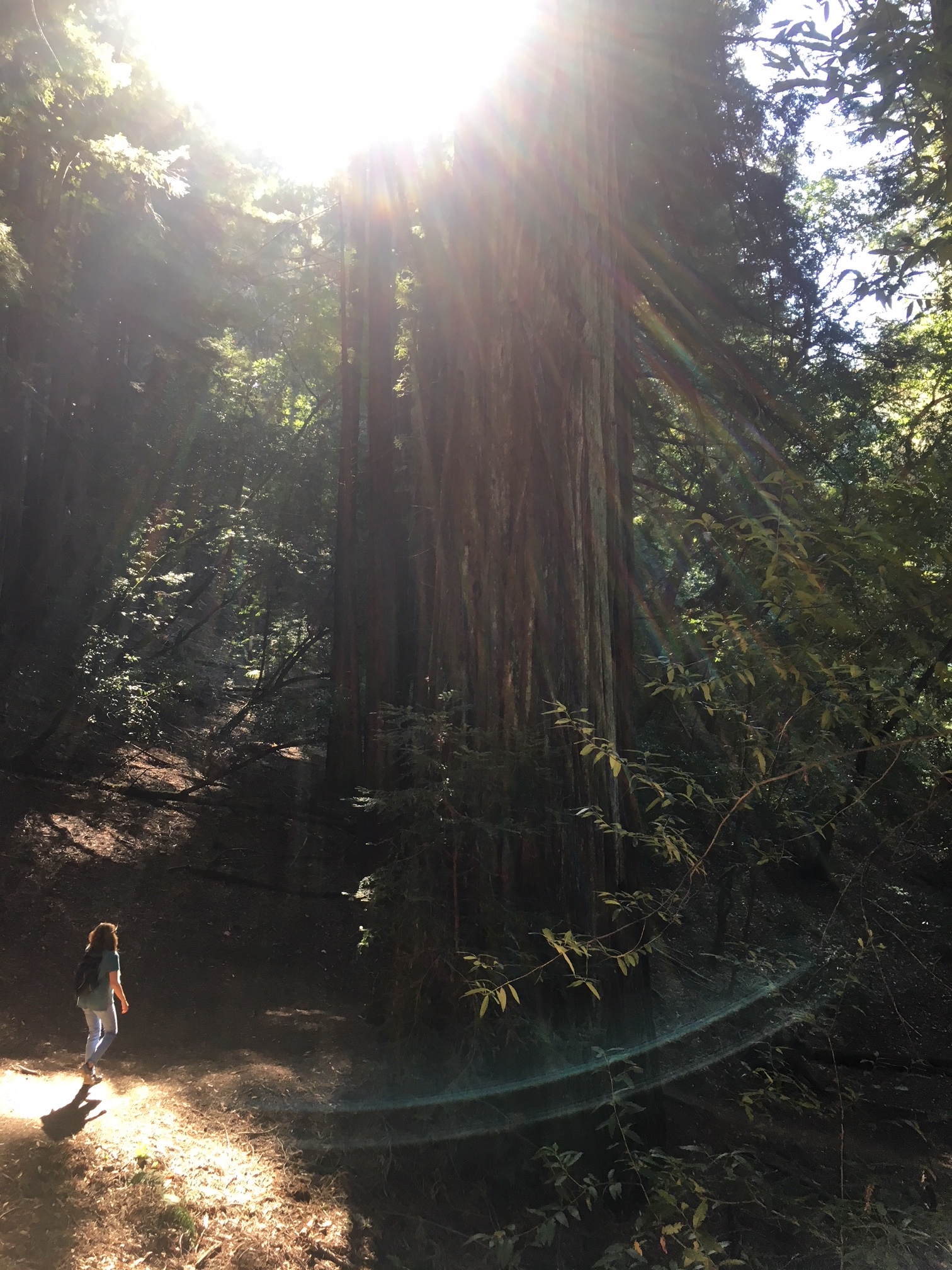 One of the greatest albums of all time has to be Van Morrison’s Saint Dominic’s Preview. The album was released in 1972 after he moved his family to northern California and spent some time walking through the woods near his home.

Of all the great songs on the album, Redwood Tree was one I always enjoyed. Rolling Stone Magazine wrote, “The affirmation of Saint Dominic’s Preview is translated to the past in ‘Redwood Tree’, an ecstatic boyhood reminiscence centering on the image of a sheltering redwood tree.” Still a high schooler in Wisconsin when I first heard the song, I could only imagine what hiking among the California Redwoods might be like. 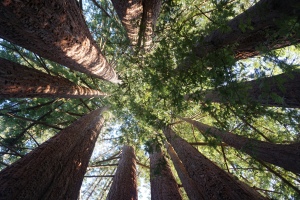 We’ve been at the Ratna Ling Retreat Center in northern coastal California since the beginning of October. Most every day has been amazingly weather perfect. If there was such a thing as an outdoor thermostat for climate control I wouldn’t have adjusted it ever. 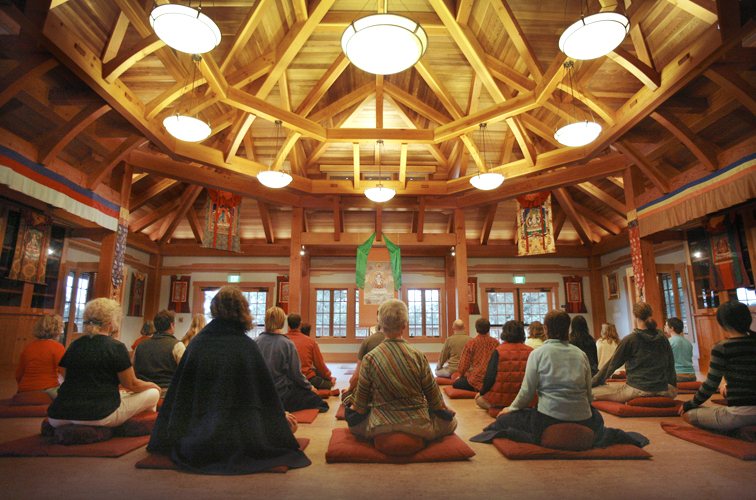 We host yoga retreats and other gatherings for people wanting to get away and enjoy a few days in the quiet coastal forest.

In addition to our programs and beautiful natural setting the food plays a major role – vegetarian, organic and  the finest we can find. I’m here to teach yoga but also do the product ordering and help in the operations, marketing and cooking. We have wonderful food choices being near California’s wine country.

We’ve enjoyed hiking and just getting outside in general in the forest surrounding our retreat center, along the coast and nearby in the Armstrong Redwoods State Natural Reserve. 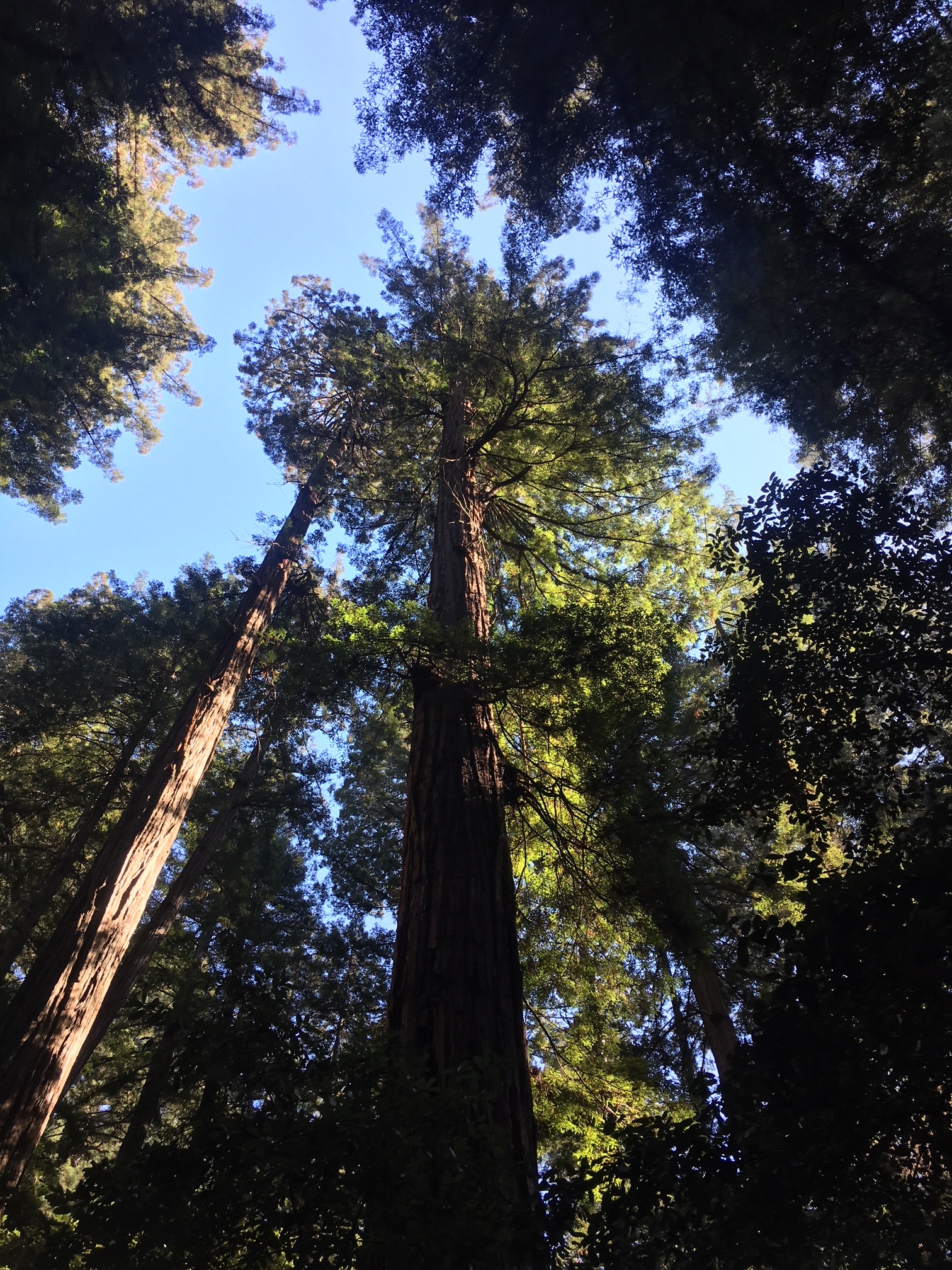 Some redwoods we’ve walked up to are taller than the length of a football field, and older than 1400 years. 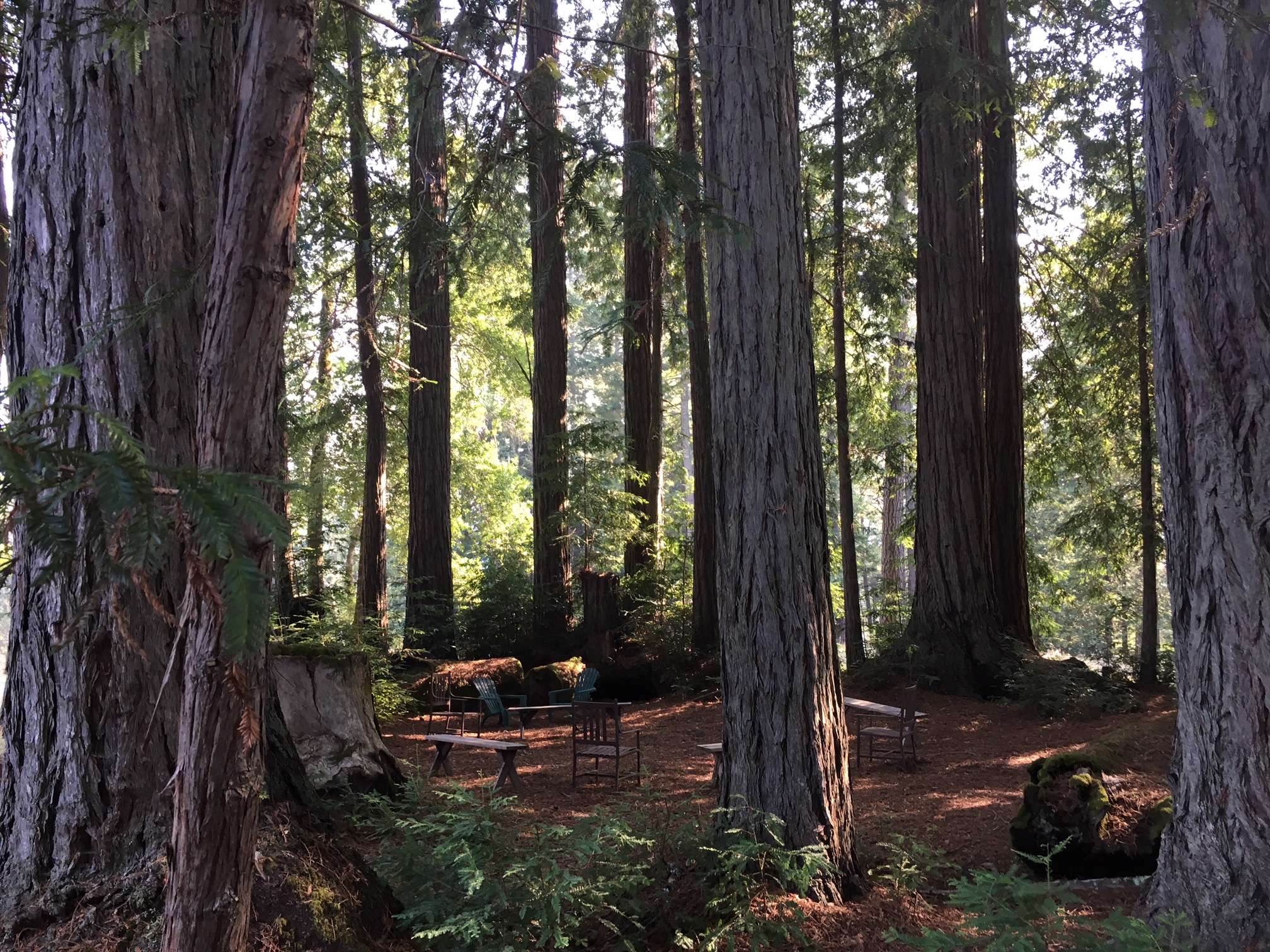 Some big redwoods I’ve seen show signs of being burned, but most survive fires. The thick fibrous bark contains tannin instead of resin which keeps all but the hottest fire from penetrating the tree. When a fire does reach the core of a redwood, it creates a cavity and a new circle of stable trees grow around it. It’s fascinating to run across and go inside these rings in the forest. Sometimes there are chairs or other spots created for meditation or just quiet relaxation.

Last week what would become the deadliest fire in state history started east of us in the old, wooded retirement town of Paradise. Sadly, since then many lives have been lost and vast numbers of people displaced. 6,453 homes have been destroyed.

We’ve been safe here in the town of Cazadero among the redwoods three miles from the Pacific. For weeks clean blue sky has been the norm above the trees and our lodge (above).

However, the same view changed (above) as smoke from the fires made its way to our area. It’s an ominous warning to everyone that this region remains dry and very vulnerable to fire. 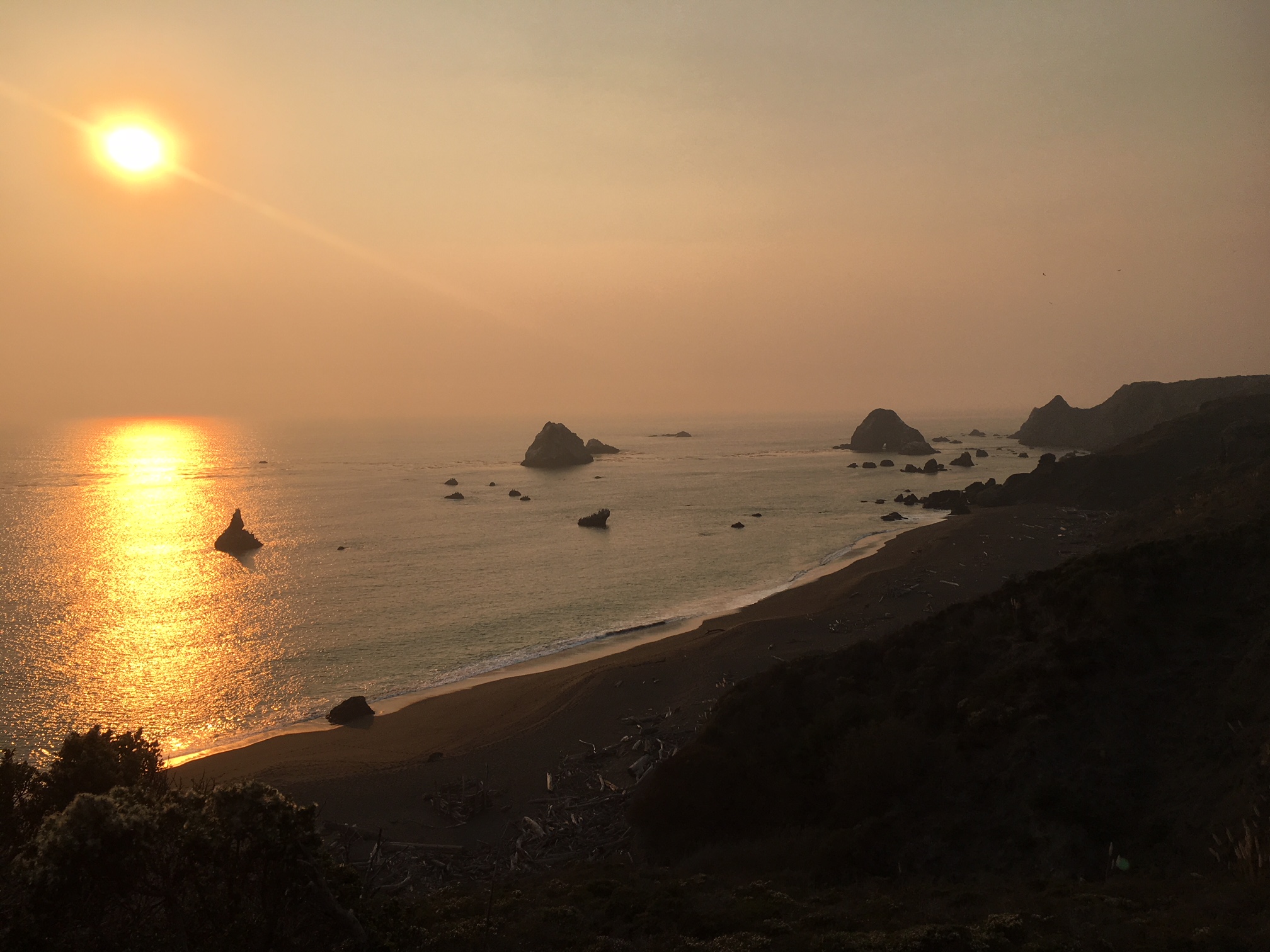 This past weekend guests still filled our retreat center. They said it was good to get out of the city where apparently the fire smoke was also an issue. We’re back to rich azure sky and white, innocent clouds. The weatherman on the San Francisco evening news spoke optimistically about rain possibly being in next week’s forecast. His co-workers were very happy with the news.

Here it is. Have a listen and enjoy!